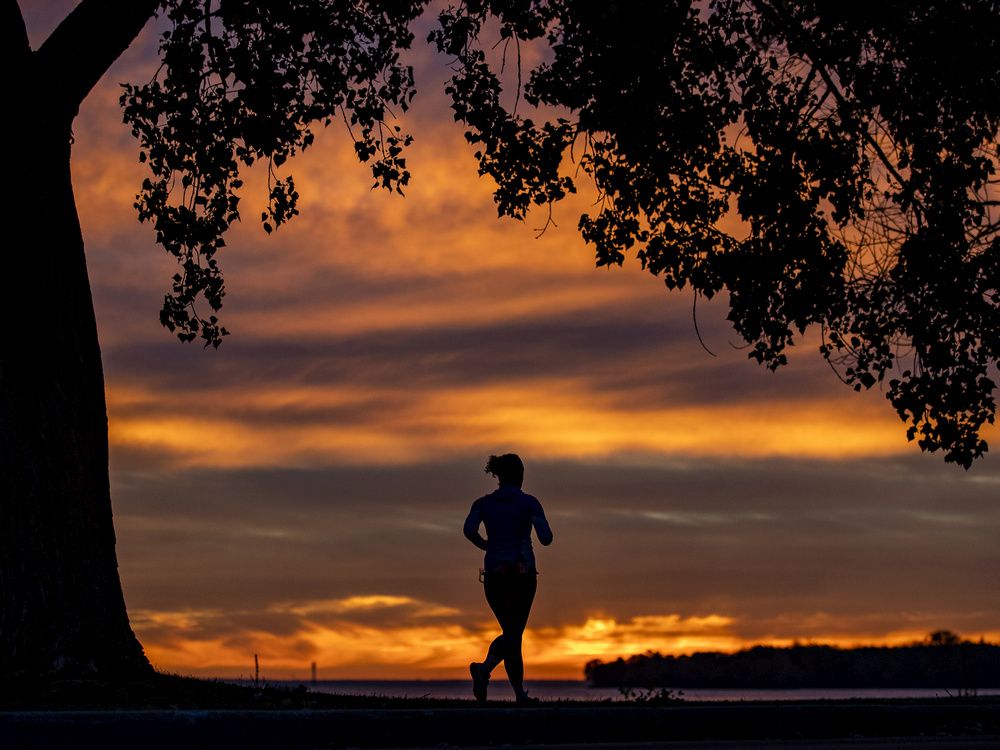 Postmedia may earn an affiliate commission on purchases made through our links on this page.

We’ve all justified a deep dive into a big bag of crisps or a pint of ice cream after a workout by telling ourselves we’ve earned it. But do we really?

The idea that spending a few extra minutes on the treadmill protects against the consequences of dietary vices is tempting. Yet there is little evidence that an unhealthy diet can be alleviated by regular exercise – a theory recently tested by a group of researchers from Australia, the United States, Italy and Norway. Using a large sample of UK adults, the multinational team examined the impact of exercise and diet, independently and together, on all-cause mortality, cardiovascular disease and several types of cancer.

Armed with the medical histories and self-reported eating and exercise habits of 346,627 subjects between the ages of 40 and 69, the researchers cross-checked the data with local death records over a decade. The idea was to link cause of death to baseline health records collected 10 to 11 years earlier and assess the impact of diet, exercise or a combination of the two on mortality.

The researchers were motivated by the paucity of studies examining the long-term health outcomes of diet and exercise, but were also keen to add another layer of complexity, by examining whether vigorous exercise provided a additional protection against the risk of premature death compared to more moderate exercise intensity.

The study subjects seemed to mirror Western society closely, with 40.8% doing no vigorous exercise during the week, 26.5% doing less than 75 minutes of high-intensity training per week, and the remainder devoting more than 75 minutes per week of vigorous exercise. For food, 22% had a poor rating, 53.4% ​​an average rating and 24.5% qualified for the healthiest food category.

The good news is that, when examined separately, high levels of physical activity – 211 to 450 minutes of moderate to vigorous exercise per week – and a high-quality diet both positively influence longevity. And for those who can boast of excelling in both, congratulations, you have an even lower mortality risk.

But for those hoping that exceeding expectations in one healthy habit can make up for the failure of another, the results are eye-opening.

Still, a few additional findings turned out to be interesting. Vigorous physical activity offered slightly more protection against cardiovascular disease than moderate-intensity exercise, but only for those who accumulated 10 to 150 minutes per week of vigorous exercise. Those who logged more than 150 minutes per week did not realize the same increase in benefits.

It’s also worth noting that people with the healthiest diets had a 14% lower risk of cancer mortality — a benefit that didn’t extend to those with low- or medium-quality diets. Before you give up on ice cream or potato chips for good, rest assured that the occasional indulgence won’t have a negative impact on your long-term health and well-being. But what is clear is that a love of exercise cannot mitigate the negative effects of a love of fast food.

If you want to reduce the risk of chronic disease and premature death, it is best to pay equal attention to exercise and eating well. If you want an extra boost for your health, adding a few vigorous – but not too much – workouts to your routine is a good idea. Just keep in mind that there are no shortcuts to the healthiest possible. Improving your diet and getting minutes of exercise pays off, in the short and long term.

“Sensational headlines and misleading advertisements for exercise programs designed to lure consumers into ‘training to eat what they want’ have fueled the circulation of the myth that ‘exercise exceeds a poor diet,” the researchers said. “Our study has provided healthcare professionals with important evidence that exercise does not fully compensate for poor diet and that we should recommend and champion both an active lifestyle and healthy eating.”

Words to live by if you’ve made a habit of rewarding yourself with a Tim Hortons drive-thru trip after every tough workout. Better to go straight home for a good dose of fruits and vegetables.

Sign up to receive daily news from the Montreal Gazette, a division of Postmedia Network Inc.

Thank you for your registration!

A welcome email is on the way. If you don’t see it, please check your spam folder.

The next issue of Montreal Gazette Headline News will soon be in your inbox.

We encountered a problem during your registration. Try Again