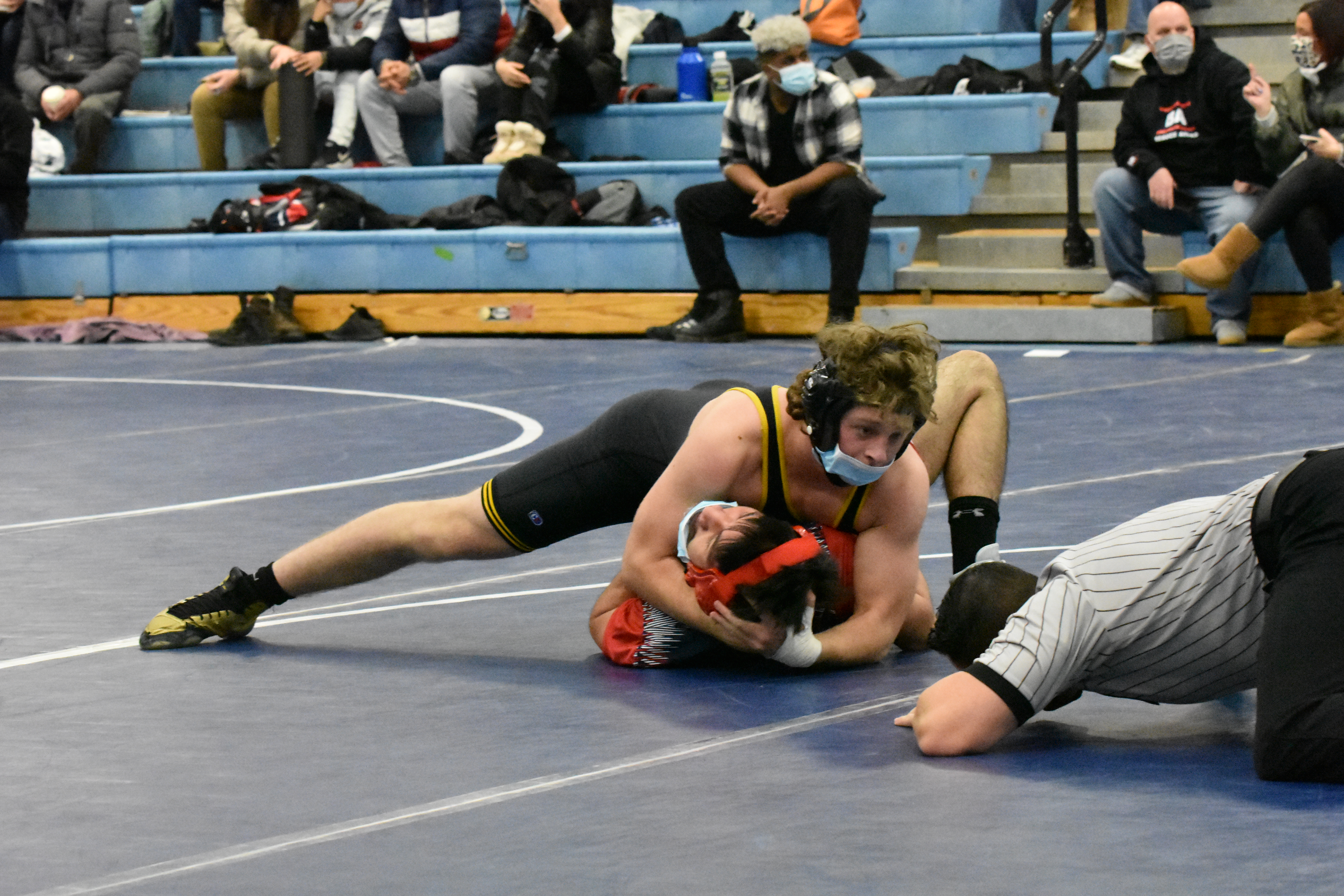 SANDWICH – It’s hard enough being a high school wrestler when everything is going your way. Between training sessions and maintaining the desired weight, the journey to each game is a grueling test of endurance and mental fitness.

With all the hard work needed to prepare, it can feel like little more than a punch when matches are called off, a common occurrence as the sport that requires the most – and closest – contact between athletes tries to operate during the ongoing COVID -19 pandemic.

“We had three games canceled, one of which we had to say we couldn’t go because we had a COVID outbreak,” said Nauset wrestling coach Chris Gildehaus. “Wrestling is a unique sport that you need 10 days before you are in the condition you need to be in to compete. You can’t just not practice and then go to a tournament.

While nearly every high school sport has found a way to compete during the ongoing COVID-19 pandemic, no Massachusetts sport has been impacted more than wrestling, which last winter was moved from its normal placement. during the cooler spring months, allowing some schools to compete outdoors.

Nauset – the only high school wrestling program in the Lower Cape – chose not to hold a wrestling season in the 2020-21 school year. Now back in action, the Warriors are looking to rebuild under the leadership of Gildehaus, who took over the program in December 2019, and their senior captains, Nick Scola and Aidan Kinsella.

However, returning to action wasn’t as simple as rolling out the mats; the program lost a lot of ground in its year away from competition.

“Last year’s cancellation really caused us a problem,” admitted Gildehaus. “We have this huge gap that we don’t have a sophomore because there were no freshmen last year. And then the kids who were in second grade and missed their junior seasons, they said, “Ah, forget it, I’m not coming back for my senior season.”

The Warriors’ saving grace has been the team’s six freshmen, who make up the bulk of the nine-person squad that includes a third senior, Owen Buhler, in addition to Scola and Kinsella.

Limited numbers meant limited training availability, a reality that forced most Nauset wrestlers to spar and spar with other grapplers in different weight classes.

“All the lightweights I train with have all been pulled due to COVID, so I had to train with heavier guys,” explained Scola, an Orleans resident who struggles in the weight category. weight of 113 lbs. “Our 220 has no other heavyweights to train with. The only people who have partners are between 145 and 160.”

The team’s 220 grappler, freshman Peter Silvernail, agreed with Scola that training can be tricky without the luxury of similar weight teammates.

“It was different,” said Silvernail, a North Truro resident. “I see all these other teams with up to 30 guys and they have four 220 guys working together in the area and I’m here doing a cradle with a guy that’s half my size trying to get out of it. to go out.”

Even with the obstacles the team faces, Gildehaus and his wrestlers are grateful to have a season.

Those feelings of gratitude were especially present Saturday morning when the Warriors were among 11 teams that participated in the Cape Cod Invitational at Sandwich High School. For a sport that typically relies on similar larger-scale events featuring multiple teams competing at once, the invite provided the rare sight of a crowded and bustling gymnasium.

“It’s awesome,” Scola said. “The best part of my week comes here. You sweat and the workout sucks, but you do it and it’s almost like a post-workout vacation.

Unlike freshmen, who will have more years of competition, Nauset seniors maintain a sense of urgency this winter. For Kinsella, a struggling Brewster resident at 145, there’s no time to feel bad about the hurdles the team currently faces.

Instead, the senior co-captain who has been with the program since he was in eighth grade is determined to continue setting a strong example for young Warriors.

“All we can do is keep our heads down and grind,” Kinsella said. “Just show up for training every day, work hard and do our part. Even with such a small squad, it kind of works to our advantage because we have a group of guys who all want to be there, so we all work hard and we work hard.

As for the future? Those around the program recognize that there is work to be done to keep the Warriors’ struggle alive.

“I hate to say it, but unless they can convince some of their buddies and the juniors and sophomores to step in next year, Nauset will be really struggling with the numbers and recruiting,” said Scola said.

“Maybe we could start a youth group or a respite program,” Kinsella suggested. “We have the talent, we have the coaches, we have the heart, we just need the numbers now.”

Which should you choose?