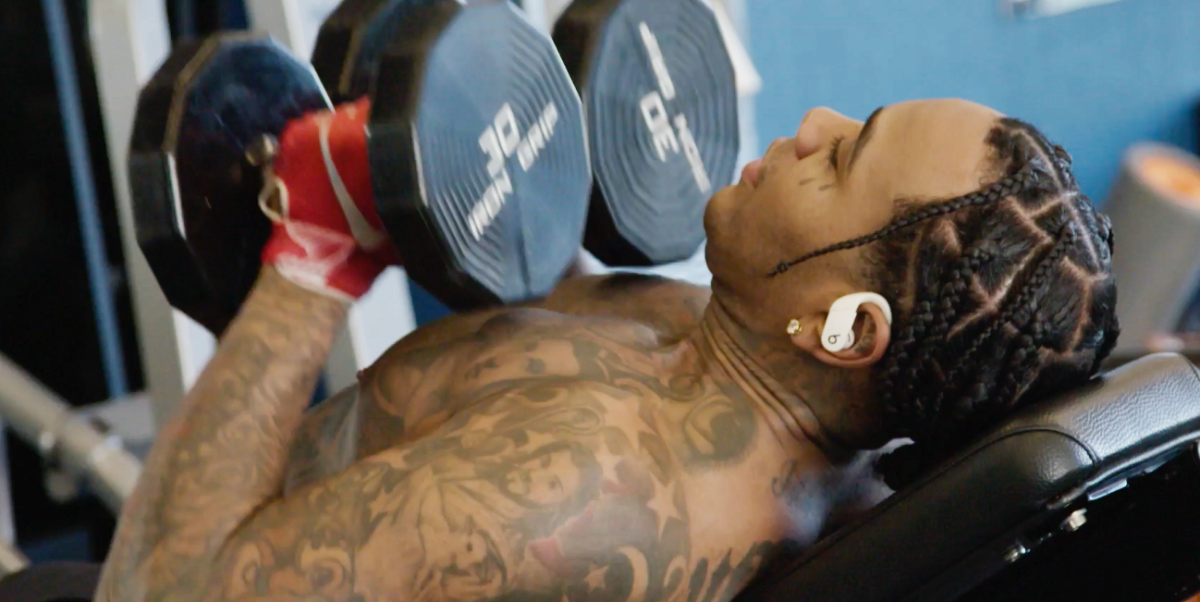 If rapper Kevin Gates isn’t on stage or in the studio recording music (his latest album, Khaza, has just been released), you can assume he’s probably busy keeping his body in top shape with some type of fitness effort.

“I train twice a day,” he told the MH crew when he stopped by our New York HQ shortly after the release of his album. “I’m about to go on tour and training is my therapy.” Gates, 36, walked us through one of his standard gym sessions, but he’s not the kind of guy who only gets his dose of movement by using weights and machines. He loves getting outside, citing hiking as one of his favorite ways to stay active and healthy.

“I use hiking as a cool-down because when you walk up a mountain you hit the stabilizing muscles — the muscles you don’t usually hit in a gym workout,” he says. “And there’s nothing quite like being in a natural environment.”

He’s not just walking among the hills either – Gates also likes to pick up the pace to run. “I like jogging because it’s like when I jog, I’m just free,” he says, likening the act to a mindfulness exercise. “I’m not running from anything, I’m bumping into my blessing, I’m bumping into everything I’ve manifested. I just focus on what I want.”

Gates emphasizes that her biggest goal is to listen to her body. He pays great attention to movements that will help him feel good, with targeted warm-up time for his core muscles and plenty of yoga-based stretches. Since beginning his yoga practice, Gates says he hasn’t suffered any injuries. “My body is amazing, and when I’m not stretching and doing yoga, I feel like a curmudgeon,” he says.

Check out this workout Gates uses while on tour. He’s usually active and when he trains he has a go-to artist to soundtrack his efforts: “He’s like my favorite artist, his name is Kevin Gates,” he says with a smile. “You know, at first I was a little uncertain, then when I walked in I was like yeah, I like this guy.”