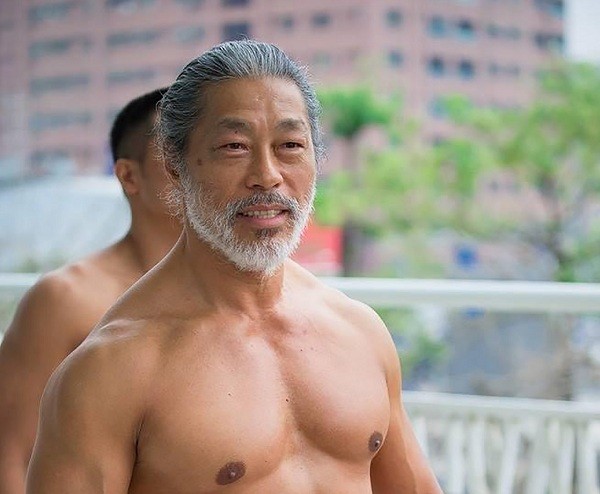 TAIPEI (Taiwan News) – A 65-year-old two-time bodybuilding champion will use his retirement to introduce the benefits of bodybuilding to the elderly.

Lee Pao-kang (æŽå¯¶åº·), who sports gray hair and a white beard, is stronger than most youngsters. Lee has competed in the Taiwan President Body-Building Cup 10 years in a row, according to CNA.

He won two titles, including this year in the Master Men’s Bodybuilding +58 division. The other eight times he was a finalist.

Lee, who is an investigator with the Taiwan Transportation Safety Bureau, will retire in November. He said that after his retirement he would focus on encouraging older people to exercise to maintain muscle strength, age healthy and stay active for as long as possible.

Over the years, the bodybuilder has developed a habit of training at the start of each day. As he neared retirement, Lee said, he became deeply aware of the benefits that weight training has brought him.

If people can avoid being bedridden, it will not only improve their quality of life, but will ease the burden on their families, Lee said. Strength training, he believes, is the best way to maintain muscle strength and stay ambulatory.

He added that people over the age of 50 will lose muscle mass, which cannot be replenished just by eating nutritious foods. Only by doing strength training can they build muscle mass and strengthen muscles, he said.

Highlighting the misconception that weight training is not suitable for older people, he stressed that it is important for people to start small and add weight gradually.